What Are Augusta Consumers Watching On TV? 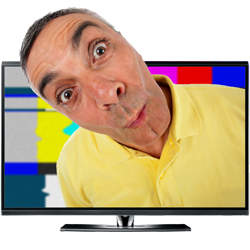 Every week, according to Nielsen, 444,000 adult consumers in the Central Savannah River Area (CSRA) watch something on television. But, of course, the definition of what it means to watch TV has changed since the time when the number of available viewing options could be counted on the fingers of a single hand.

No longer are Augusta consumers tied to the 21-inch Zenith in their living rooms. Instead, TV can be watched on giant LCDs, smartphones, and tablets from any room in the house, in the backseat of their cars, or practically anywhere else.

The best way to think about TV watching in the CSRA is in terms of three buckets:

Here's how many Augusta area adult viewers fall into each bucket. Remember, viewers are not limited to a single bucket. 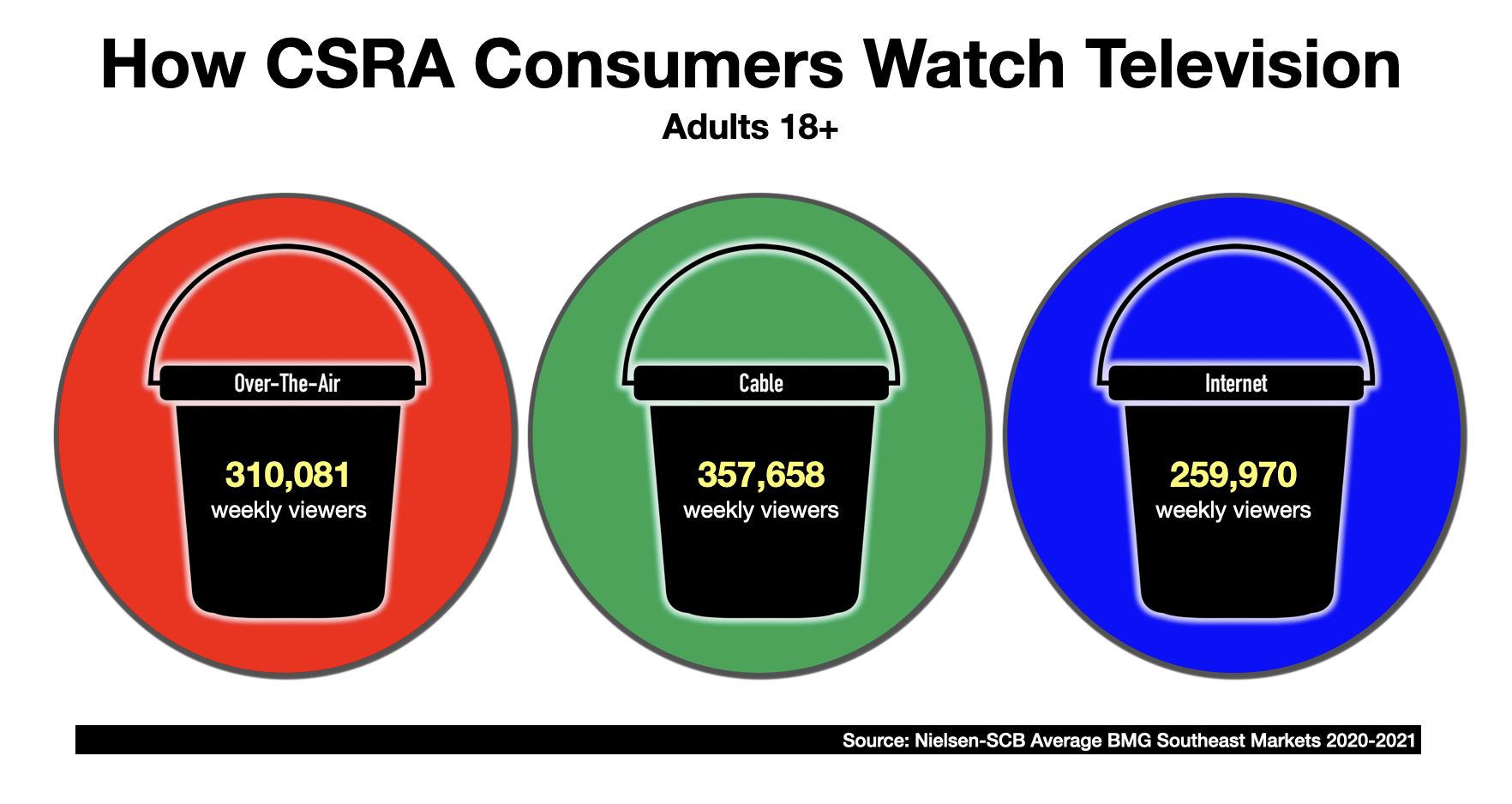 As of September of 2021, according to Nielsen, 38% of all viewing time is spent in the cable bucket. Internet streaming accounts for 28% of viewing time. Finally, over-the-air viewing only accounts for 26% of time spent watching TV. 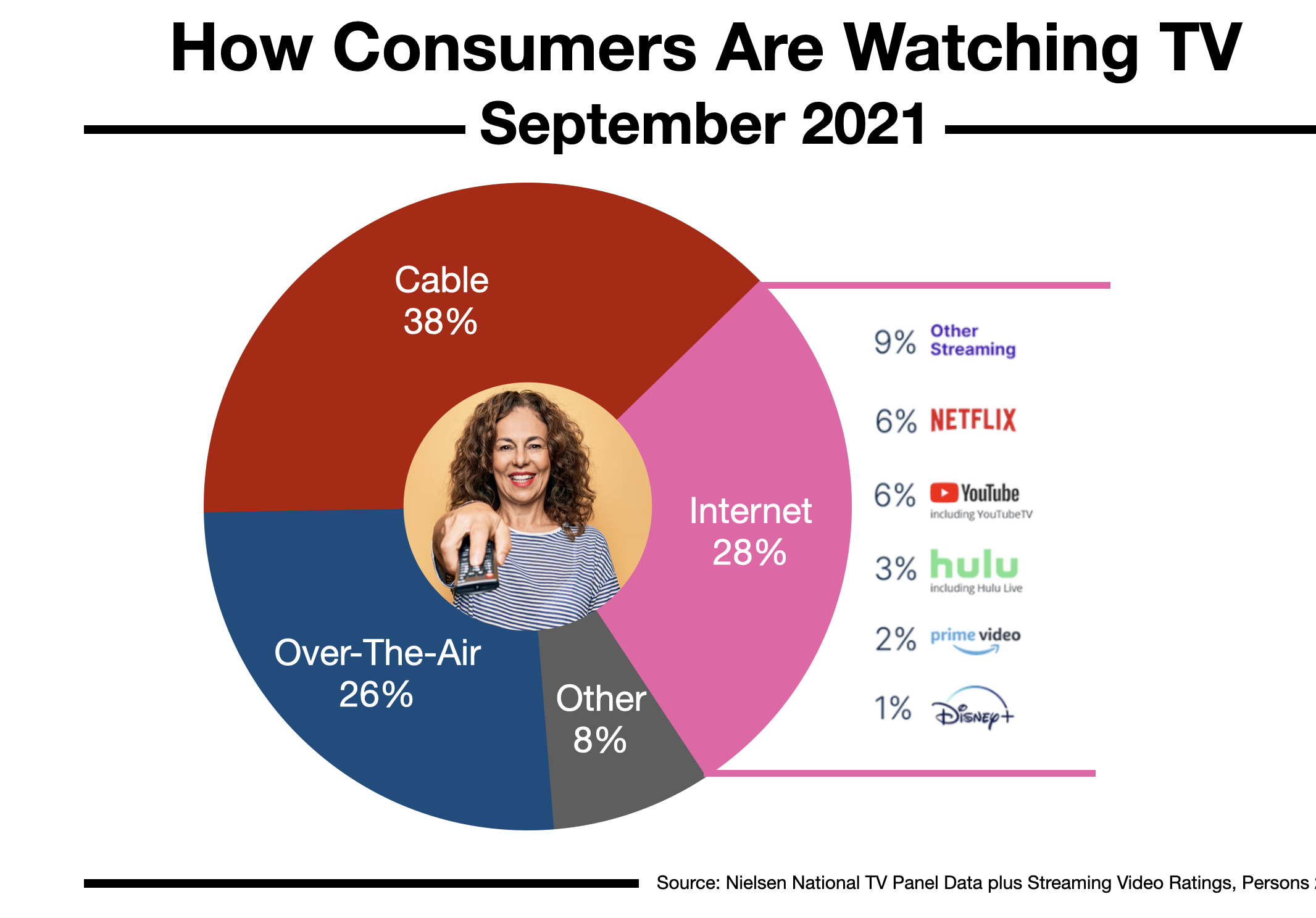 It is important to point out that over-the-air did enjoy an increase from 24% in August to 26% in September. Nielsen credits this bump to gains from football games and the start of the fall season of programming on the major over-the-air TV networks, including ABC, CBS, NBC, and Fox.