Television Advertising In Augusta: What Are Consumers Watching? 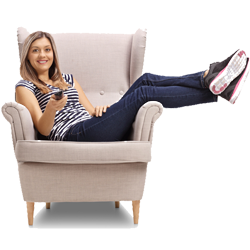 Not too many years ago, when an Augusta, Georgia area consumer sat down to watch TV, the program options were limited to what was on WJBF, WRDW, WCES, WAGT, WFXG, or, maybe, what was on a handful of cable channels.  That was then. This is now.

Today, according to Nielsen, each time a TV is turned on in an Augusta living room, the viewer has more than 817,000 options not only from broadcast stations and cable systems, but also from streaming video platforms like Netflix, Hulu, Disney+, Peacock, YouTube, Amazon, Tubi, Crackle, and FreeVee.

Of course, Augusta consumers don't even need to sit down in front of their big-screen LCD, anymore. Most of the 817,000 available programs can also be viewed on their computers, tablets, gaming devices, and smartphones. But as far as viewers are concerned, though, it's all just television.

The best way to think about TV watching in Augusta is in terms of three buckets:

Here's how many Augusta adult viewers fall into each bucket. Remember, viewers are not limited to a single bucket. 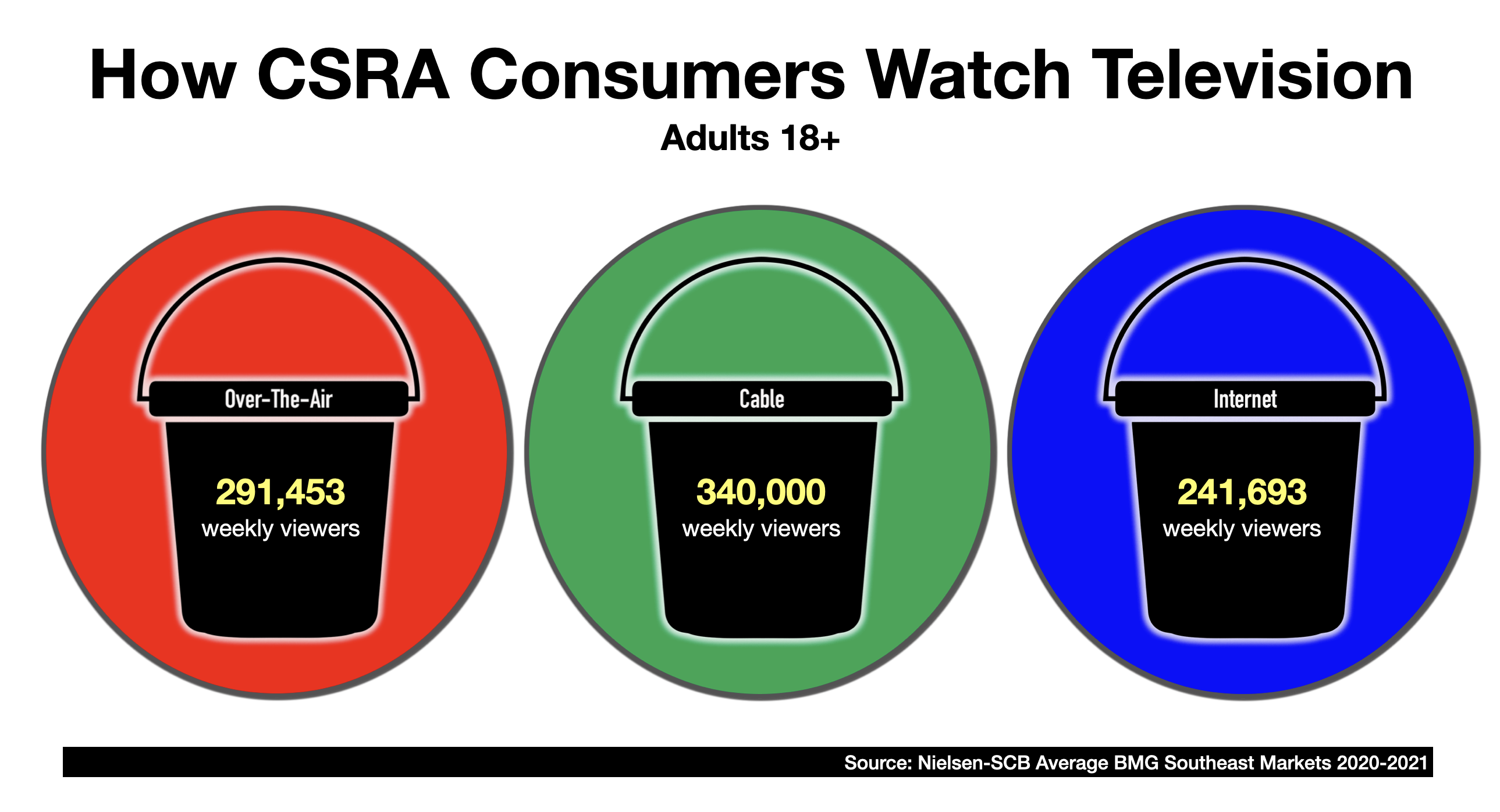 Although the internet bucket has the fewest number of viewers, streaming options are now responsible for 30% of all time spent watching TV. This is up 21% from a year ago, according to Nielsen. 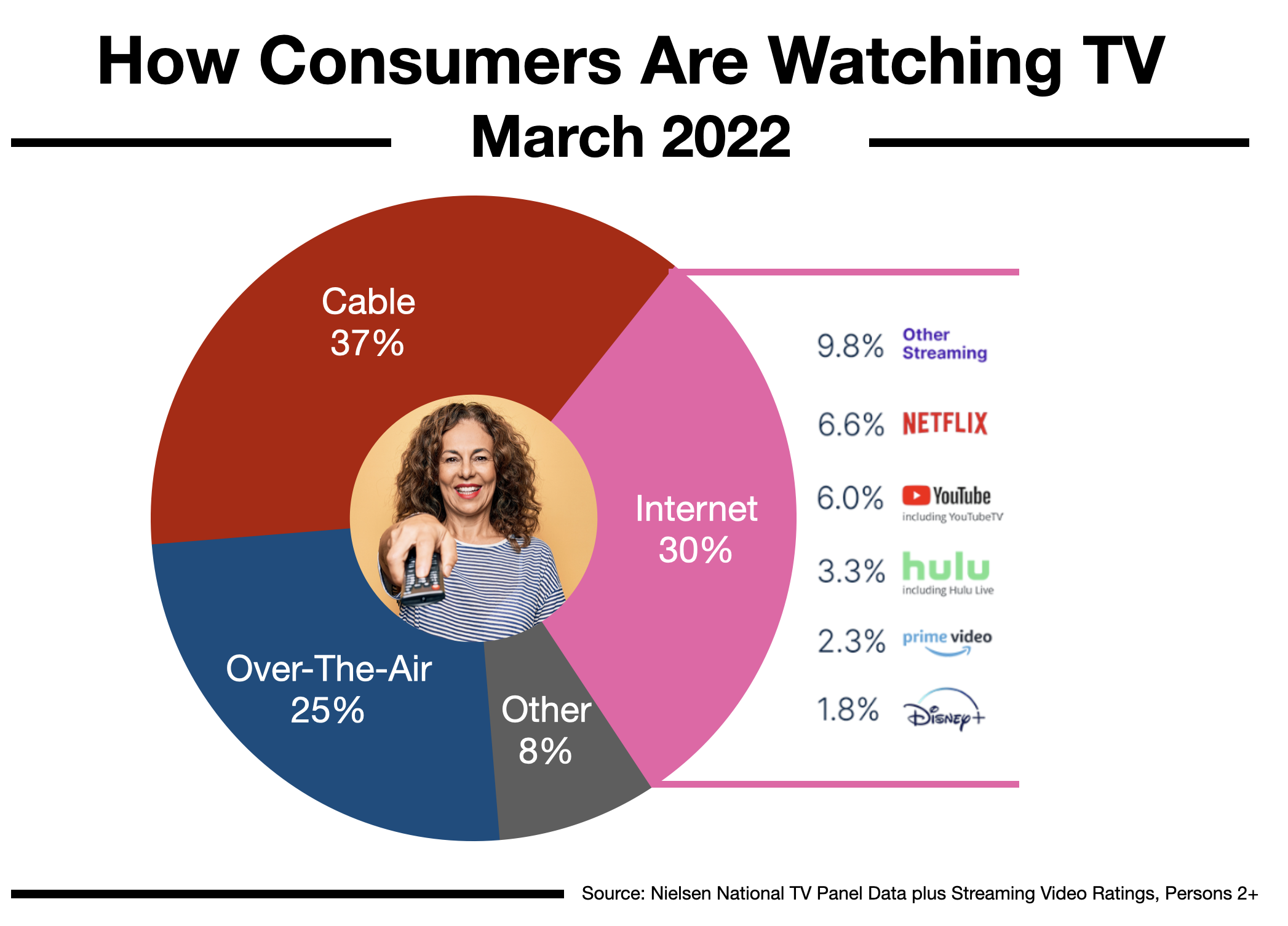 Much of the internet-delivered TV programming requires consumers to pay a monthly subscription fee. This includes services like Netflix, HBO Max, Hulu, and Prime. Nielsen finds that well over 80% of viewers who watch streaming video subscribe to multiple providers and are loyal. Nielsen finds that 69% of streamers have not canceled any service over the past year. 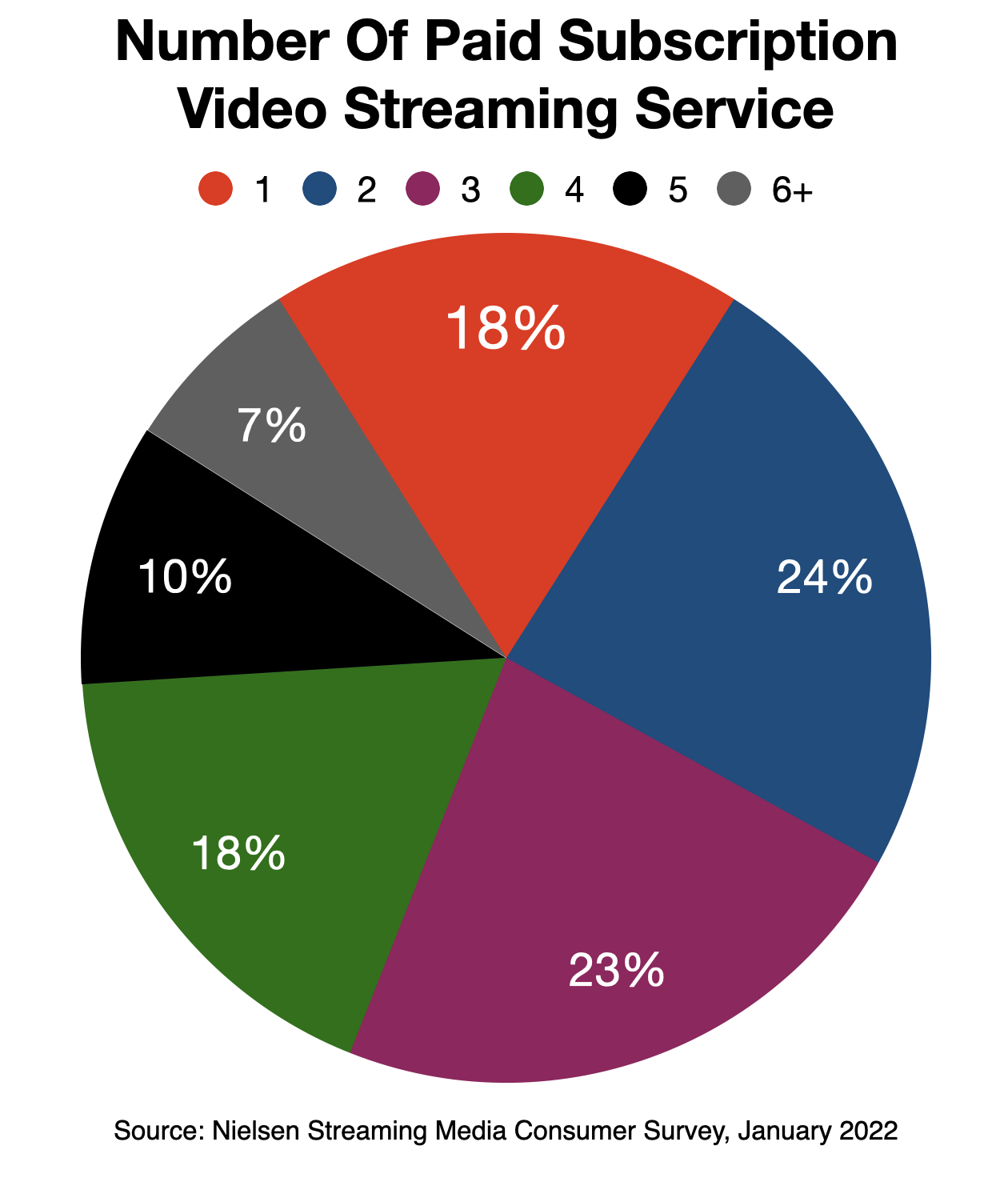 For Augusta television advertisers who need to readjust their budgets to reach consumers who are migrating from local broadcast and cable stations to streaming TV, it is essential to understand the two options that viewers have.

A few services even offer Augusta consumers the option to subscribe without commercials or to receive content for free in exchange for watching advertisements.

Unlike linear TV, local advertisers don't have to pick specific AVOD channels or programming to advertise in. Instead, Augusta area business owners can identify the socio-economic qualities of the consumers they would like to reach and target the geographic area where the advertising will be seen. Then the advertisers' commercials would only be shown to those viewers on any advertising-supported streaming channel they might be watching.