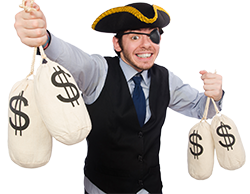 Based on information from the National Retail Foundation, Central Savannah River Area consumers will be spending $13.4 million on Halloween this year.

Typically, 80% of all Halloween shopping, according to the NRF, will occur between now and October 16.  The remaining dollars will be spent in the last 14 days leading up to the holiday.

Nearly 53% of consumers in the CSRA are expected to participate in Halloween this year, each spending, on average, about $86.  This money will go towards the purchase of candy, decorations, costumes, pumpkins, and greeting cards.

To claim a significant share of this Halloween cash will require local small business owners to advertise.  The key to successful advertising is reaching as many Halloween shoppers as possible over the next four weeks.

According to the NRF, the bulk of holiday dollars will be spent by adults 25-54.  No other local advertising medium reaches more of these consumers than Augusta radio.

Last week, for instance, 95% of all 25-54-year-old consumers tuned-in to an Augusta radio station. This is significantly more than watched local TV; read a local newspaper; signed-in to Facebook; or streamed audio from Pandora and Spotify. 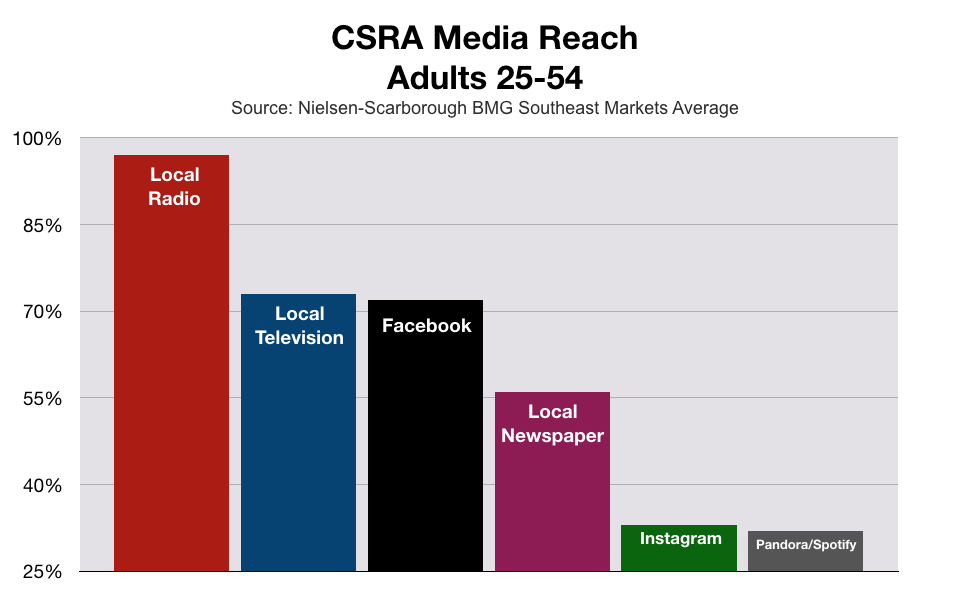 It should come as no shock to most to business owners, but the bulk of Halloween spending happens in households with children under 17. In the CSRA, there are 61,000 potential trick-or-treaters, also-known-as children 5-14 year olds.  Augusta radio is the most effective way to reach their parents. 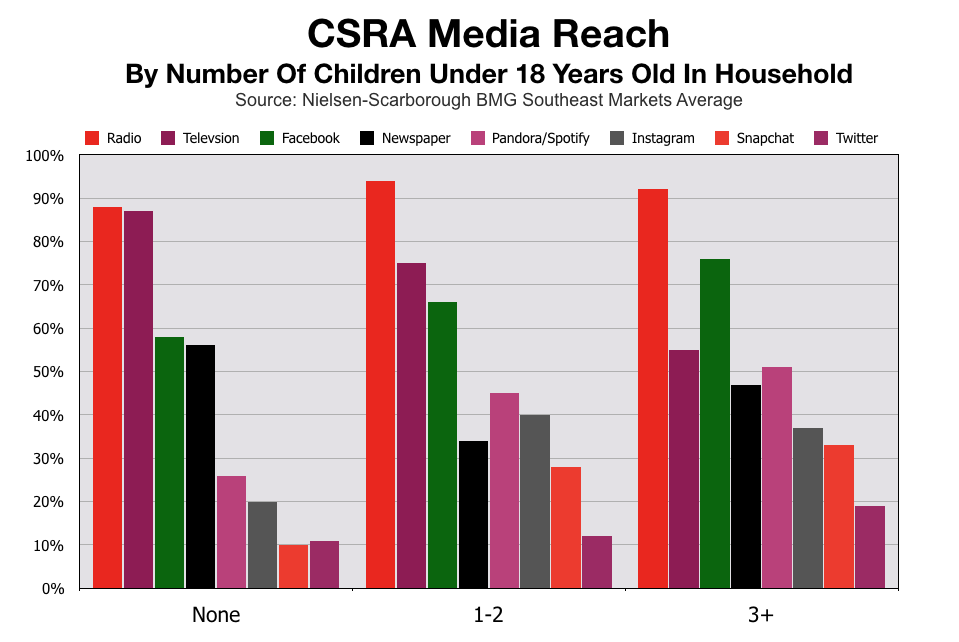 According to the NRF, the fastest segment of Halloween spending is among pet owners.  Twenty percent of holiday consumers will be purchasing costumes for Fido and Fluffy. This is up from 16% last year.  Radio, once again, is the best way for CSRA businesses to reach people with pets at home. 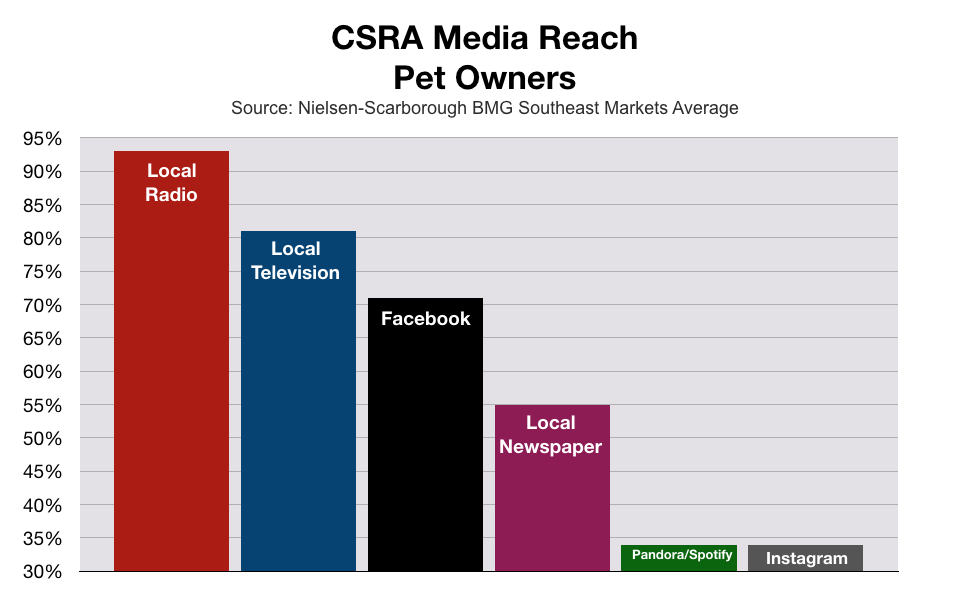 “The economy is good and consumer confidence is high, so families are ready to spend on Halloween this year,” NRF President and CEO Matthew Shay says. “Retailers are stocking up to supply children, pets and adults with their favorite decorations, candy and costumes for the season.”