What CSRA Consumers Listen To On Their Smart Speakers

Over 100,000 consumers in the Central Savannah River Area now own a smart speaker. Ownership of these devices, including Amazon Echo and Google Home, has grown five-fold since the beginning of 2017. 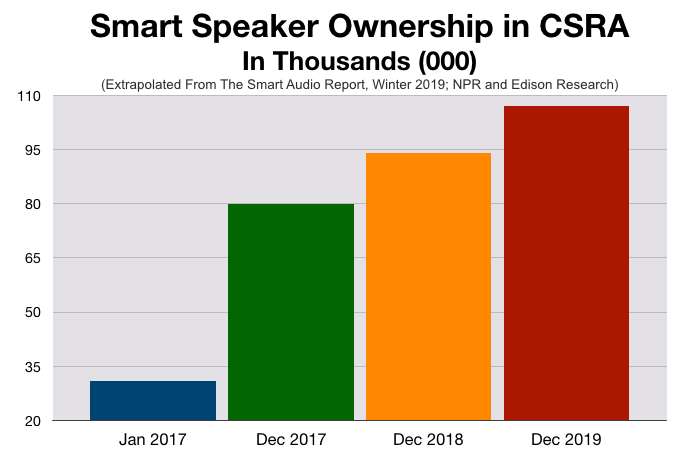 According to Adobe Analytics, significantly  more consumers are asking Siri and Alexa to play music than any other activity. 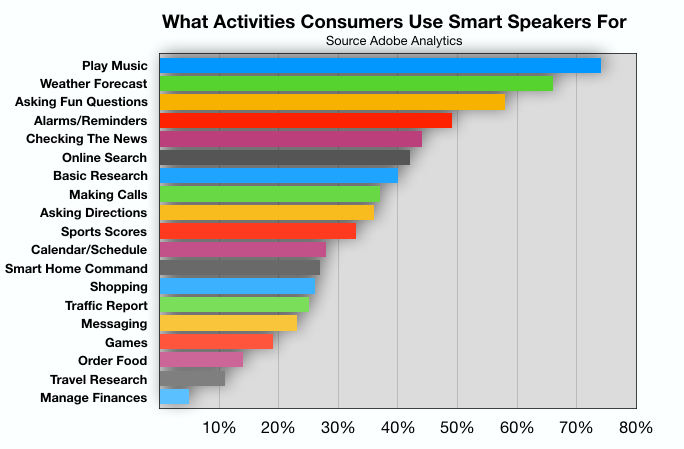 Many CSRA small business owners depend on Augusta radio to advertise their goods and service. So, how does the use of smart speakers as an audio device affect their radio advertising's ability to reach local consumers? The answer is: none at all.

A study by Edison Research finds that local AM/FM radio dominates the share of consumers' time spent using audio on a smart speaker. It's larger than Pandora, Spotify, and Amazon Music.  It's even more time than users spend with their personal music collection.

Share Of Time Spent Listening To Audio On A 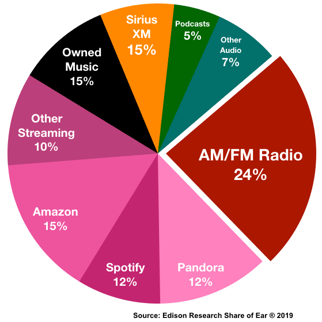 In the CSRA millennials make-up almost one-third of the population. This generation, however, accounts for 50% of smart speaker ownership, according to Nielsen.

Among  local millennials who possess an Amazon Echo or Google Home device, Augusta radio is, by far, the medium with the biggest reach.  This is a strong indication that smart speaker ownership does not impede the ability of local radio to deliver large, engaged audiences for small business owners. 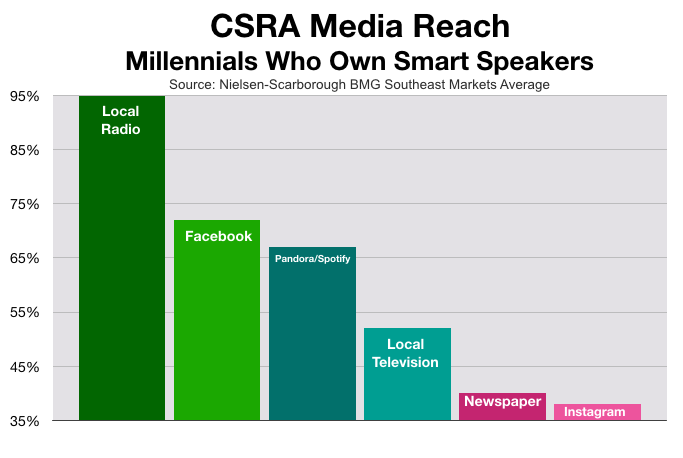