Professional advice is always welcome. Especially when you are a Central Savannah River Area business owner investing your own money trying to capture a larger share of the $8.6-billion local consumers will spend this year.

Hundreds of business owners depend on Augusta radio stations to market their goods and services.  What a company says in their commercials and how they say it are the most critical factors for turning listeners into customers.  This is referred to by the professionals as the "creative."

A study by Nielsen indicates that the creative elements of a commercial are responsible for 47% of an advertiser's sales result.

Creative, it turns out, has a more significant effect on sales for CSRA small business owners than does reach, targeting, or branding elements. 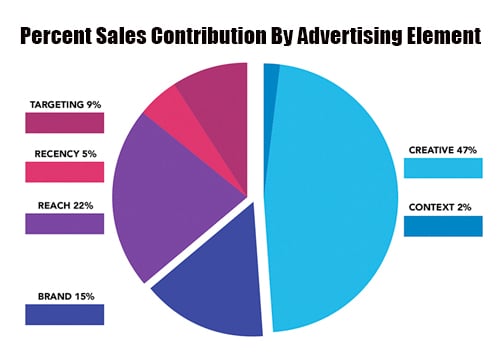 Producing and judging effective creative, though, can be a challenge for a CSRA business owner. So, here is some advice from an award-winning, advertising professional.

Chris Smith is the Brand Creative Group Head at The Richards Group, a Dallas based advertising agency. Among his abundance of awards, Mr. Smith has been honored with nine Mercury Awards for his work in radio.

Mr. Smith is most well known for his work with Motel 6, the leading brand in the value-hotel category. These commercials have helped the chain achieve unprecedented levels of brand awareness since they hit the airwaves in 1986 with the memorable tagline, "we'll leave the lights on for you."

Recently, Mr. Smith wrote a guest blog for Westwood One where he outlined some best practices for creating radio commercials.

"Over my twenty-five years in the industry, I’ve written a lot of radio," says Mr. Smith."I’ve listened to even more. And I’ve learned a few lessons about developing powerful audio creative that works for clients."

The first piece of advice Mr. Smith offers is "be single-minded and say just one thing."

"A lot of advertisers think that because radio affords you sixty or thirty seconds, they have the time to say everything there is to say about their brand," says Mr. Smith. "it’s why so many commercials end up sounding like laundry lists. The truth is, if you want to talk about everything, then you really have nothing to talk about."

"In advertising, you need to have one thing to say. AM/FM radio’s sixty seconds of ad time just gives you the chance to say it in an entertaining and memorable way."

Next, Mr. Smith urges business owners not to think of a radio commercial as a hotel. "You don't have to fill all the space," he advises. 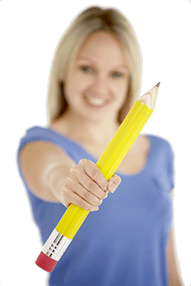 "Advertisers think they have to take the amount of time they have and fill it up with words or music. Many forget that silence is a storytelling element, too."

"Every second of an ad doesn’t have to be filled. No commercial needs to be wall-to-wall talking, sound effects, or music. Sometimes silence draws people in more," says Mr. Smith.

"There’s an exercise we do with our clients, he says. "We ask [them] if your brand walked into this room as a human being, how would you describe that person? Without fail, eventually someone around the table will say likable."

"Advertisers want their brands to be likable because they think that translates into consumers liking them. But that’s not really the case. For brands, it’s more important to be relatable."

"Think about movies," suggests Mr. Smith.  "We relate to very unlikeable characters all the time. In Road to Perdition, the lead character is a murderer, a button man for the Irish mob. But we root for him, we identify with a murderer, because we relate to him and his relationship with his son."

Another suggestion Mr. Smith offers to business owners is to "create an expectation, then deliver on it with a surprise."

"Why do movie franchises work," he asks? "Why do audiences tune in week after week to their favorite TV series? Expectation and surprise."

"The secret to a great campaign is to deliver on what an audience expects from your brand and still manage to surprise them. For audio ads, specific voices, music, and sound cues set the expectation."

"Though there’s no one formula for developing the perfect ad," concludes Mr. Smith, "these best practices for utilizing creative elements in a strategic way are a good start. For AM/FM radio ads, creative is critical. Used properly, it drives strong business outcomes for brands and creates meaningful connections with their audiences."

*Mr. Smith's remarks used with permission from Westwood One