Turning Listeners Into Customers With Advertising On Augusta Radio

Thousands of Central Savannah River Area small business owners depend on radio advertising to claim their share of the $8.6 billion local consumers will spend this year. Cha-ching.

These advertisers have, typically, 30 or 60 seconds to convince the 412,144 listeners who tune-in to Augusta radio stations each week to become customers. So, it is essential to know how to use that time effectively.

Gathering a sample of 6003 respondents, Westwood One in partnership with audio testing experts Veritonic studied how different elements of award-winning radio commercials affect a listener's intent to buy the products or services advertised.

Here are the results of the study that CSRA business owners could find useful.

Since small business owners began advertising on radio in the 1920s, the announcers in commercials have been predominately male. This often occurs even when the ads themselves are targeted to a female audience.

The Veritonic study found, however, that among female respondents, commercials featuring female announcers performed as well, if not better, in key measures than those with male voices. 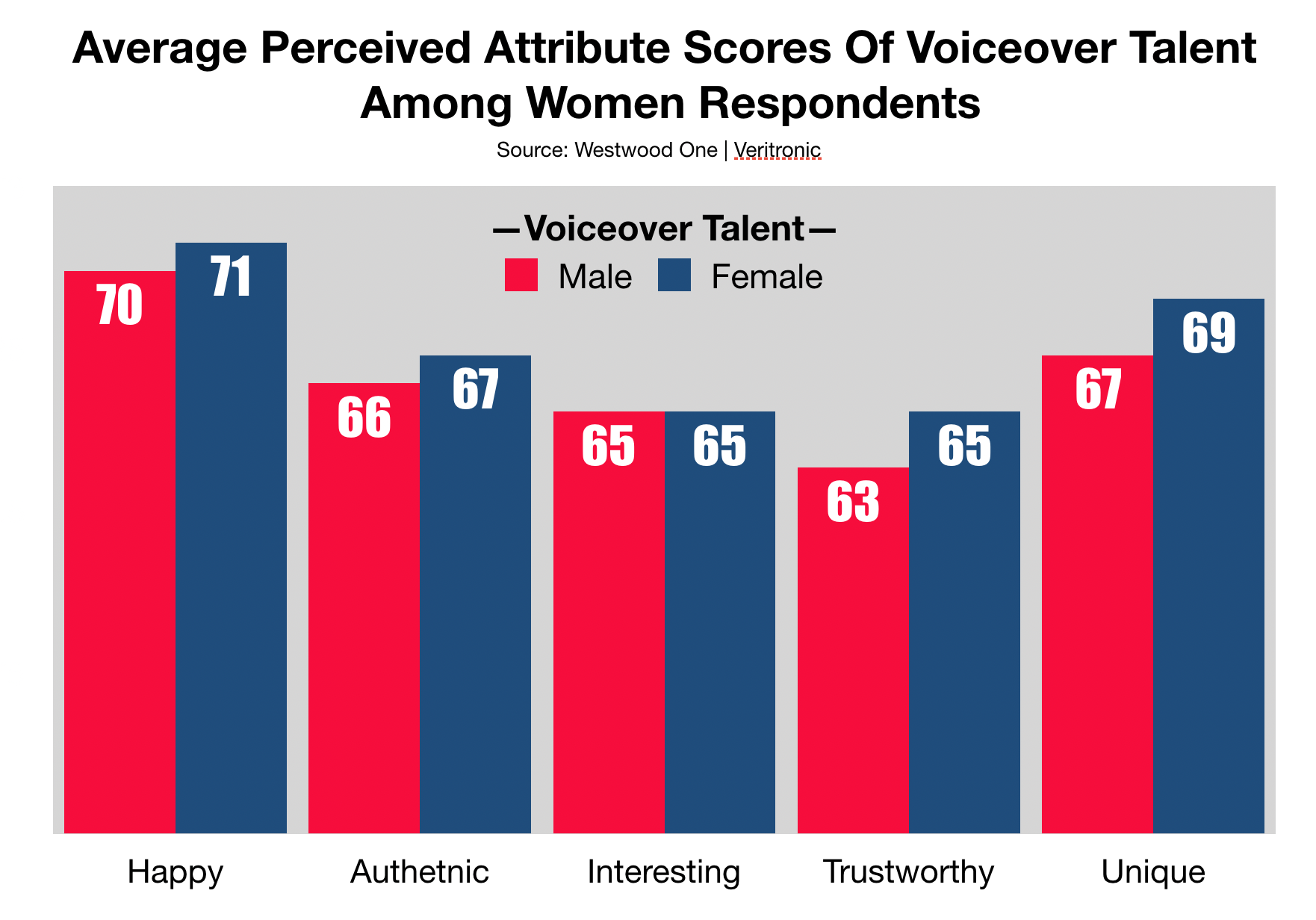 An eBook created for CSRA business owners, Seven Steps For Advertising Success, provides a series of guidelines for creating an effective radio commercial.  Tip #5 recommends "adding surprise."  Based on the findings of the Veritonic study, using female voices, especially when targeting female listeners, can contribute to more potent listener perceptions about the product or service being advertised.

It's easy to see why a small business owner might believe that humorous commercials are more effective than those with a more serious tenor.  After all, a preponderance of the advertising on Augusta radio stations seems to be targeted to the listener's funny bone.

The Veritonic study, however, indicates that respondents registered a higher purchase intent for commercials that comprise serious messaging.

On the Veritonic scale of post-exposure purchase intent, six is the average score for a radio commercial.  Among the award-winning ads measured, serious ones scored 10.9.  This is 75% higher than the score achieved by more humorous content. 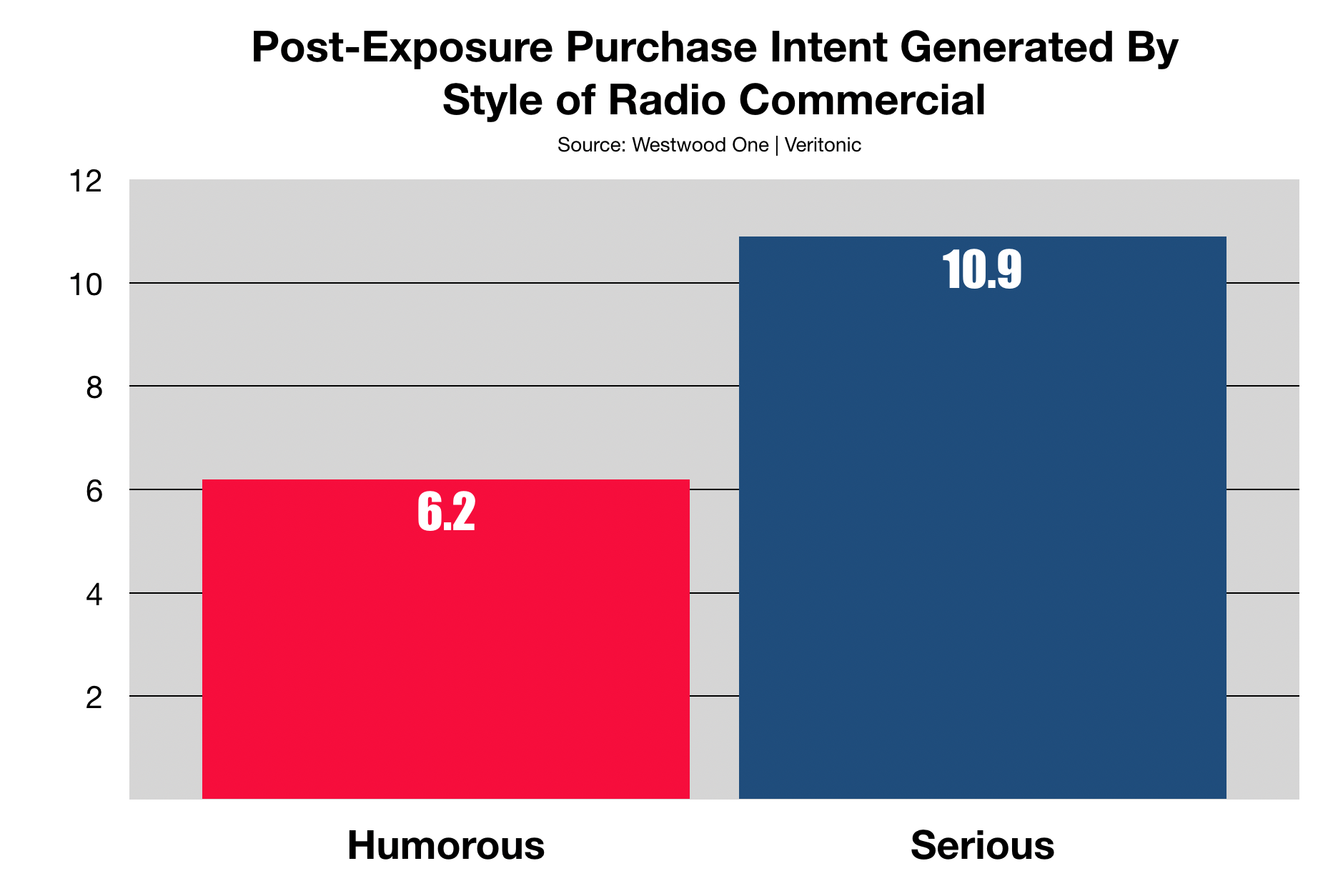 These findings support tip #7 from the eBook referenced above which cautions, "use humor cautiously. It is a good way to command attention but can be difficult to execute well. Be certain that the humor in a radio commercial will resonate positively with the target consumer."

A jingle is a musical composition with lyrics created specifically for an advertiser. An example would be, "We are Farmers, Bum ba-dum bum bum bum." Or, "Red Robin...Yum!"

After being exposed to commercials that utilize jingles, test respondents registered, on average, a 44% increase in purchase intent. 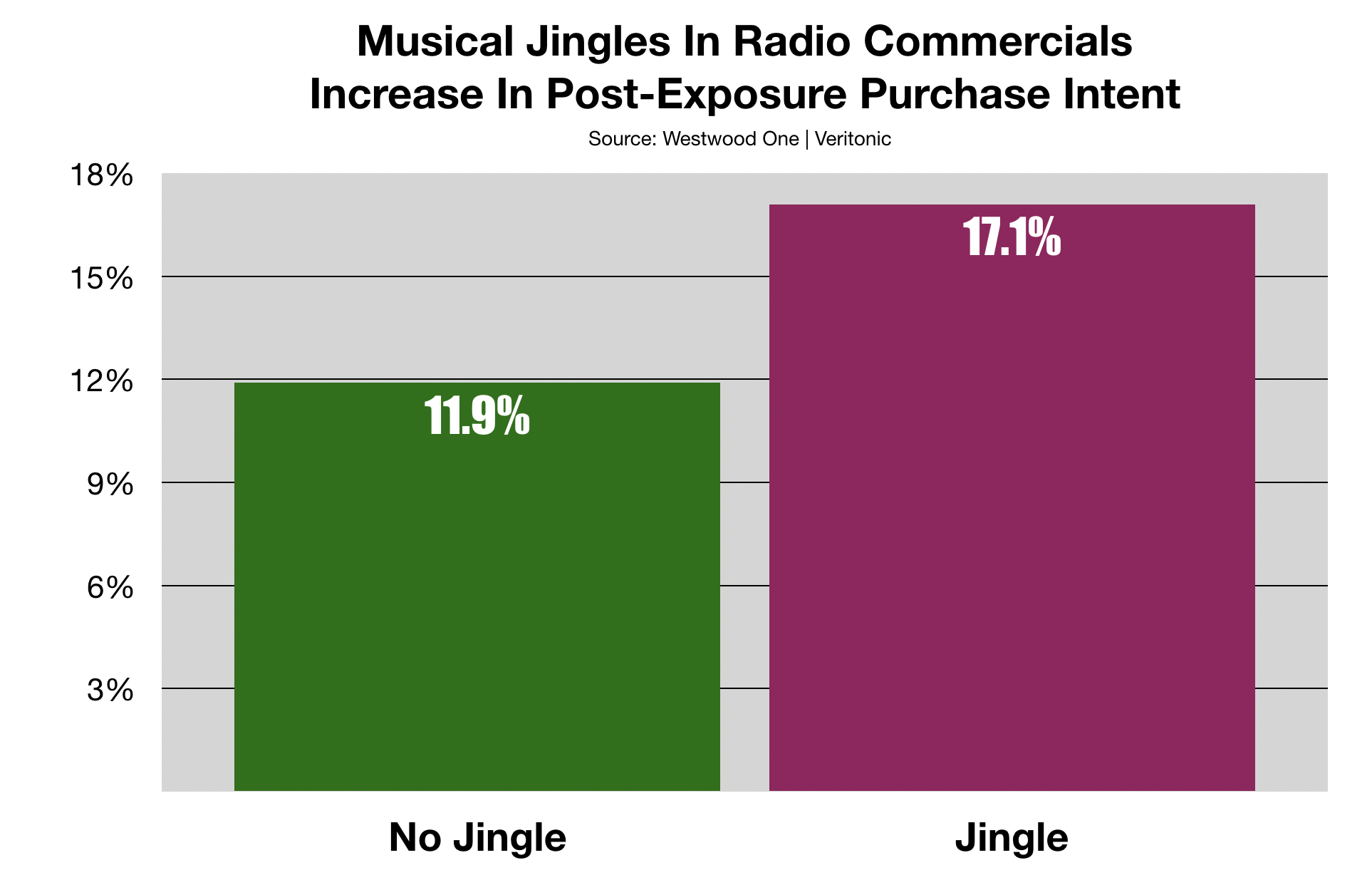 A sonic identity is a short, distinctive sound that is omnipresent in a company's advertising.  Everyone, for instance, knows the NBC chimes which consists of just three musical notes (G-E-C). Or the McDonald's "I'm Lovin' It" signature which comprises only five musical notes (C-D-E-A-G).

When sonic identities are included in a radio commercial, test respondents demonstrated a 58% increase in purchase intent. 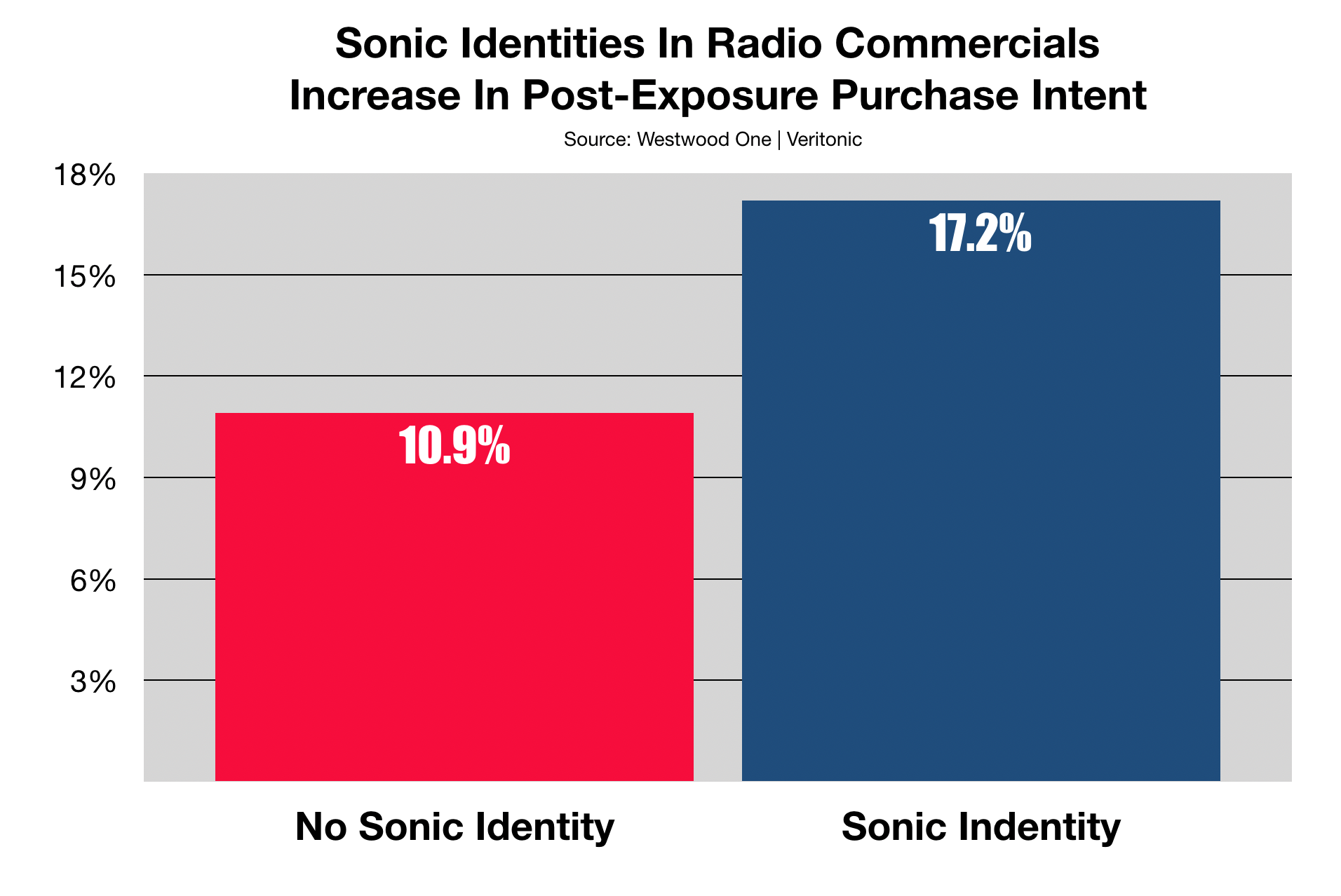 More tips for creating awesome commercials to use when advertising on Augusta radio stations can be found by clicking here.