Eight months ago, Jonathan Wingard opened his own State Farm insurance agency in North Augusta, South Carolina. Since then he has added 120 new households as clients. 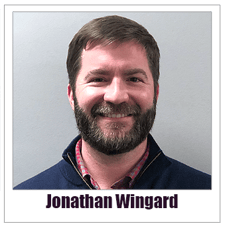 Mr. Wingard always knew he wanted to be in insurance. "I was introduced to the business in college by one of my elementary school teachers who had become a State Farm agent herself.  I liked her confidence. I liked the way she listened to people. I liked her professionalism.  I knew I wanted to be like that, too."

Before opening up his own small business, Mr. Wingard worked for another agency to "learn the ropes."  After four years, he was ready to go out on his own by absorbing 800 accounts from an agent who was moving out of town."

"When I started my business," says Mr. Wingard, "there were already six other State Farm agents in North Augusta. So, I knew I had to build my own brand to differentiate myself. Advertising was the way to go."

"I am using radio advertising to build my brand. I don't expect that every time my commercial runs, people are going to drop what they are doing to call, even though that happens sometimes."

"I know," he continues, "If they hear my commercial enough, then I will be the first insurance agent they think of when they need to insure a new vehicle, buy a new house, or need life insurance."

"Advertising is not cheap," says Mr. Wingard. "But, if you want to grow,  you need to it."

"I can tell you, though, advertising on Augusta radio stations is definitely worth the money. I know people are hearing my commercials. It has definitely helped me accomplish more than I could have expected after being in business for just eight months."

Mr. Wingard says, "I recommend that every small business owner in the CSRA put their money in radio advertising. I know I always will."