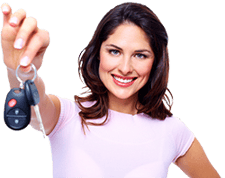 March is the biggest single month for used car sales in The Central Savannah River Area. During these 31 days alone, local pre-owned vehicle dealers are expected to bring in $21 million in sales. This will represent 10% of their annual revenue.

By the end of May, these dealers owners will sell more than $58 million worth of pre-owned cars and trucks. This, undoubtedly, makes March-May 'used car season' in the CSRA.

Although most Augusta area used car dealers are small business owners, they do really big business. In all, over the next 12 months, more than 72,000 pre-owned vehicles will be driven off their lots.

To capture a larger share of the area's $210 million used car market requires pre-owned vehicle dealers to advertise. By any measure, the best way for these business owners to advertise is on Augusta radio.

Every week, according to Nielsen, Augusta radio reaches 87% of all households planning to purchase a used car or truck this year. This is significantly more than are reached by local TV, newspapers, social media, or streaming audio sites like Pandora or Spotify. 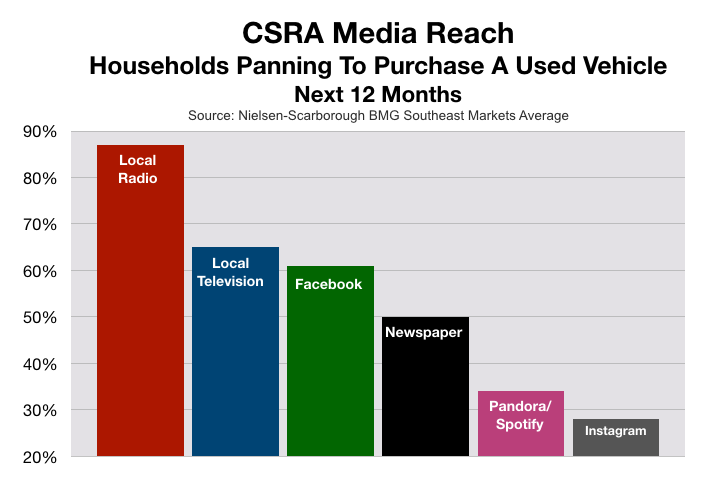 According to research from Gfk/MRI, the majority of consumers who purchase used vehicles, 50.4% have household incomes of $60,000 per year or more. Augusta radio is, by far, the best way to reach these big earners. 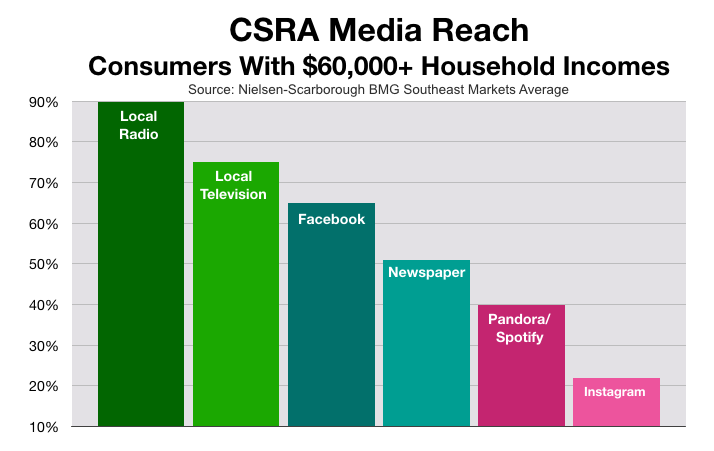 The dominance of Augusta radio's reach extends, as well, to millennials.  This generation alone will account for 38% of all used vehicle sales in the CSRA. 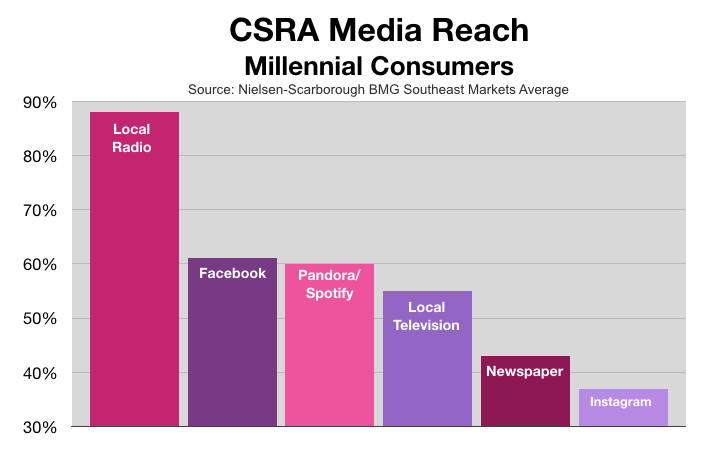 According to research from Cox Automotive, used car buyers are spending only 108 days in the market. This is a full one week less than in 2017.

Research conducted by Nielsen found that consumers intending to purchase a vehicle were twice as likely to visit a dealer's website after hearing a commercial on local radio than those not exposed to the ad.

Overall, the Nielsen research revealed that 13% of consumers planning to make an auto purchase did so after hearing a dealer's radio commercial. This is three times higher than those who did not hear the ad on local radio.