Facebook usage has swelled since the onset of the Covid-19.

According to Nielsen, before the current chaos, 62% of Central Savannah River Area adults used Facebook each month. This was significantly fewer than were reached by local radio or television each week. 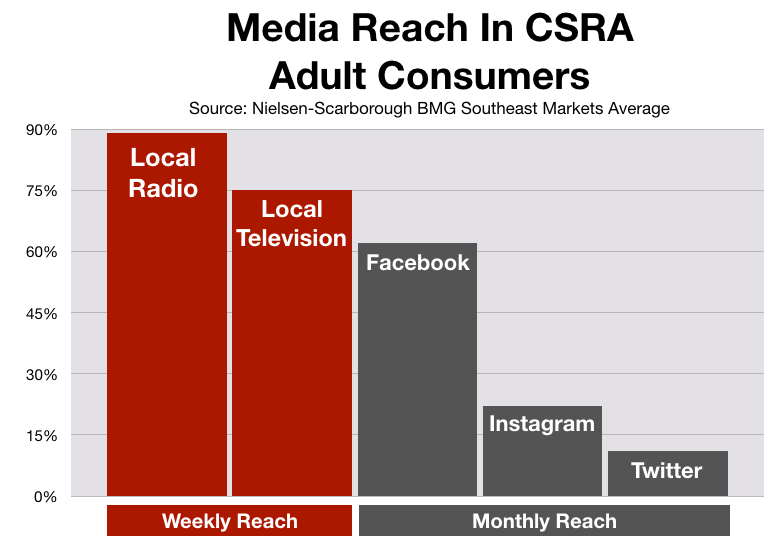 According to the New York Times, however, since the start of the Coronavirus, daily Facebook traffic has increased by 27%. This compares to 33% growth in the amount of time consumers spend listening to local radio during a similar period.

Based on the surge in Facebook consumption, Augusta area small business owners might be tempted to purchase advertising on the social media platform to augment their regular, free postings. Here are are few facts these businesses should consider before investing.

First, CSRA small business owners should be aware that Facebook may not be deliver what they promise.

According to The Wall Street Journal, "Facebook is at risk of losing a key seal of approval that gives companies the confidence they are getting what they pay for when it comes to advertising with the social media giant."

The Media Ratings Council, an industry watchdog, has warned Facebook that it could be denied accreditation due to deficiencies in how its reports on the effectiveness of advertising on its products, according to a letter reviewed by WSJ.

Accreditation from the MRC is considered a signal of trustworthiness to advertisers. Losing that certification wouldn’t have a formal consequence, but could influence how some brands allocate money to Facebook in the future.

A media executive familiar with the letter told WSJ, “We need these audits completed. They are grading their own homework, so we have to know that their measurements can be trusted,” the executive said.

The second factor a local business should consider is how often consumers interact with social media postings, including those on Facebook.

A recent report from Rival IQ, a company specializing in the analysis of social media data, shows a retailer's investment of time and money in social media advertising can deliver disappointing results.

The report shows that consumer engagement with social media posts by retail brands ranges from .031% to .67%, depending on the platform. Engagements measured include likes, comments, favorites, retweets, shares, replies, and reactions. The study indicates that consumers engage with retail-oriented Facebook posts only .08% of the time. 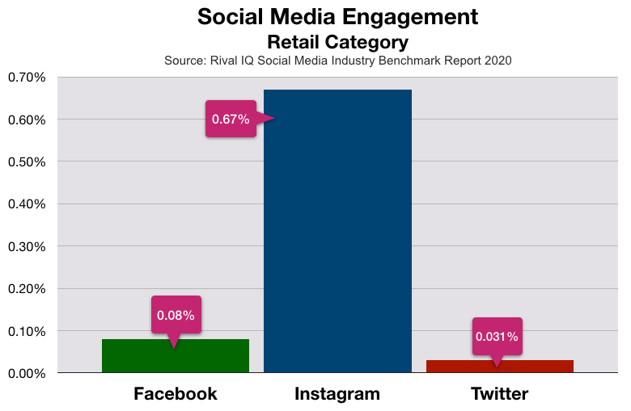 According to the Rival IQ report, social media engagement among retail brands was far below each platform's median rate across all business types.

The final factor a CSRA small business should ponder when buying advertising on Facebook or other social media is the environment in which the company's message will appear.

The authors of a recent study published in the Journal of Advertising Research say that, "Marketers should consider the media context in which their ads appear when seeking to get their messages remembered, drive brand recognition and recall, and launch new products." 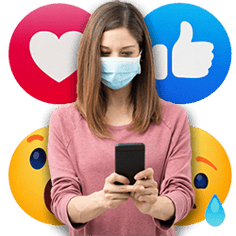 “Advertisers accordingly should rely not only on information such as ratings, reach, or readership but also on specific media-context factors that exert positive,

negative, or neutral influence on memory for the placed advertisements,” they wrote.

Dr. Horst Stipp, EVP, research, and innovation: global and ad effectiveness at The Advertising Research Foundation concurs with the findings of this study.

"Positive effects have been shown when ads are placed in a context that consumers are involved in, pay attention to and value, as well as when there is an alignment between the context and the ad message. You may pay more attention to ads in your favorite, highly trusted magazine."

A recent study by Jacobs Media asked radio listeners who they trust completely "to provide answers and solutions to the Coronavirus outbreak". Forty-eight percent of consumers indicated uncompromising trust in their "home" station.

The only entities that enjoyed a higher concentration of trust were the Centers For Disease Control (CDC) and the National Institute of Health (NIH) at 54%. 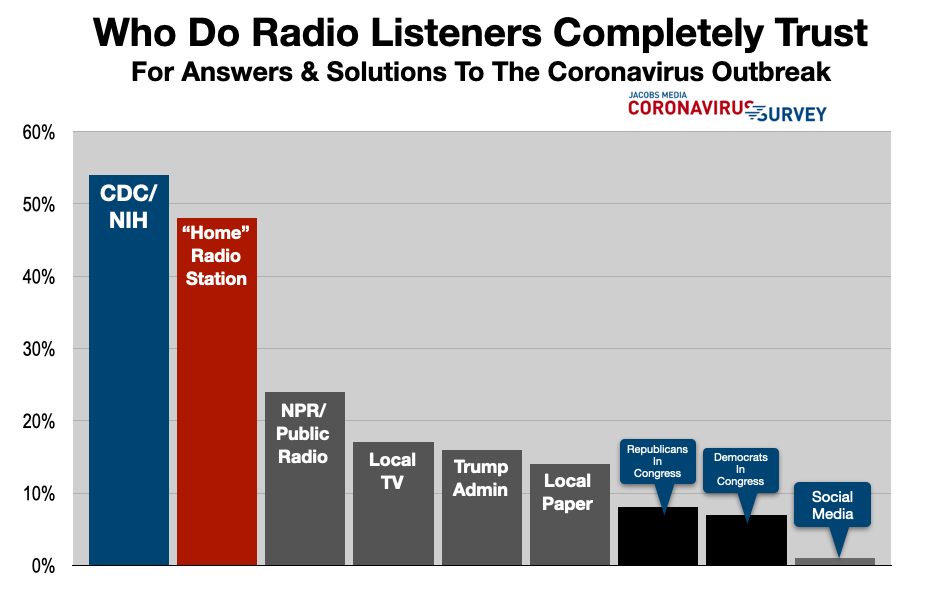 Marketing can be critical for an Augusta area small business to survive the current chaos. Faced with limited budgets, though, every dollar spent on marketing must be invested where it will produce the greatest results. According to the data presented above, Facebook advertising may not be the best solution.