Advertise In Augusta: The Value of Marketing To College Graduates 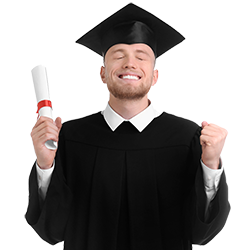 There's a reason many Central Savannah River Area small business owners target their advertising towards consumers who have completed a four-year college degree. It's because, typically, university graduates earn $29,106 more per year than those with only a high school diploma, according to The Federal Reserve.

There are, according to estimates, 108,911  college graduates living in the Augusta area. In total, this population generates $8.5 billion in annual take-home pay.

To tap into a similar pool of spending power, a marketer would need to reach 188,780 consumers who did not go beyond high school. The problem is, there is only about three-quarters of that number in the CSRA.

The number of people reached by a campaign is, generally, what determines the cost of advertising. So, for a CSRA small business owner operating on a tight marketing budget, spending can be kept in check by targeting those consumers with the most money to spend. In this case, college graduates.